Dear Brothers and Sisters in Islam. If you are planning to attend Taraveeh prayers in your local mosque this Ramadan, please take some time out to read these few pages before each Traveeh to understand the major themes in the section of the holy Quran recited in Qiyamul Lail by the Imam. This brief pdf attachment is for Urdu readers who do not understand Arabic. May Allah increase your Eiman and accept your fasts, istaghfar, salat, sadaqa and god deeds in this blessed month. Ameen. 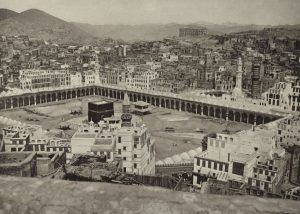 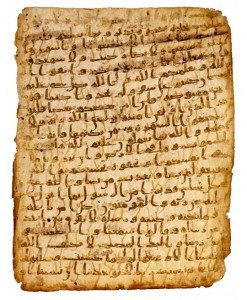 The holy month of Ramadan is only two weeks away and millions of Muslims throughout the globe are preparing to benefit from Allah’s blessings in this month by bracing themselves to fast, recite the Holy Quran, give charity, pay the obligatory zakaat on wealth, establish Qiyam-ul-Lail (Taraveeh) at night hours and do good deeds.

For the followers of Sunni madhab in all four schools, Taraveeh prayers are offered in congregation after Isha prayers from the eve of Ramadan until the end of the blessed month. Number of rakaats varies from 8 to 12 to 20. These are, however, not obligatory. In countries where Arabic is not spoken, most Muslims who attend Taraveeh prayers in mosques are unfortunately not able to understand the meaning of the Quranic surahs recited in the Qiyam.

Mr Syed Basheeruddin Zamani, may Allah grant him Jannat al Firdous, thought about this issue and wrote thirty short essays which attempt to capture what is recited in each Taraveeh prayer progressively in the month of Ramadan. Those who have read his essays have found these very helpful in understanding the themes Quran discusses in the 114 chapters. In fact, the reading of these essays has encouraged many people to read the Quran with translation. Some have also started reading a Tafseer of their choice to understand Allah’s message with authentic Ahadith and commentaries of scholars of Ilmul Kalam. 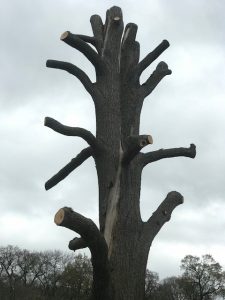 The reality of death and questions relating to what happens after death have fascinated man in every era and generation from the Pharaohs who built impressive pyramids for themselves to live in the company of the gods to modern times when occurrence of death has multiplied manifold and the graveyards and cemeteries in our cities have become fully overcrowded. Death is an inevitable passage everyone will walk through to get to the other aside but no one has ever been able to bypass it without a single exception.

In this book Ayatul Kitab (Safar-e-Akhirat) the author Mr Syed Basheeruddin Zamani, may Allah grant him Jannat al Firdous, discusses the theme of death and life-after-death from the Islamic perspective in the light of the information given to Muslims in the Holy Quran and elaborated by Prophet Muhammad, peace be upon him. The book was first published in Urdu in Karachi in January 2005.

Full Urdu text of the book in PDF format is provided here for Urdu readers.

In this spiritual travelogue of the Muslim Holy Land, the author Mr Syed Basheerudin Zamani takes the reader into his personal experience of the journey performed by him to Egypt, the land of the ancient Pharaohs and Moses, and his visit to Harmain Sharifain, the two holiest sites in Islam. It is an interesting travel account by any literary yardstick in the author’s mother tongue Urdu.

Credits for the work are due to many officers of the Pakistan Foreign Office for their generous hospitality and guidance who were posted in Cairo and Jeddah circa 2002, notably Ambassador Anwar Kamal and the Late Tahir Iqbal Butt, Consul General in Jeddah. Credits are also due to Syed Zeeshan Alam Shazli for composing and editing the book which was first printed in Karachi in 2003.

A review of the major Themes and Guidance contained in the Holy Quran in an easy to follow commentary in Urdu language. Originally published in Karachi, Pakistan, in hard copy in 1997 by Syed Basheeruddin-Zamani (RA).

This blog is in 4 attachments in PDF format

There is no restriction on the free circulation of the contents of the book. 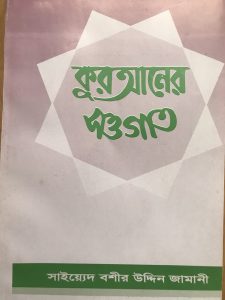 A review of the major Themes and Guidance contained in the Holy Quran in an easy to follow commentary in Bangla language. Originally translated from “Zalikal Kitab” published in Urdu in 1997 by Syed Basheeruddin-Zamani (RA).

Full Text is attached as PDF above.

Credits: Late Behrouze Isphanai for financing the original publication in Dhaka (now out of print) and Brother Zahid for translating text from Urdu to Bangla.

There is no restriction on the free distribution of the contents of the book. 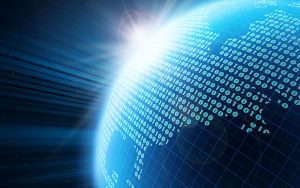 1. What is Bidaa?
Bidaa is a thoughtless addition or removal of certain things of worship or actions from the authorised rituals of Islam, which may have good intention to start with but which have devastating impact on the Ummah in the long run. Bidaa includes everything which sounds and looks good but which is unsupported by the Holy Quran and the Sunnah of Prophet Muhammad, peace be upon him. Bidaa also comprises social practices which are popular with certain Islamic communities but which are not endorsed by the majority of eminent scholars and Aimmah of Islam.

2. Is Bidaa mentioned in the Quran?
In the holy Quran, Allah Subhanuhu wa Taala mentions the position of Ahle Kitaab who unwittingly added more burden on themselves in following their deen such as introduction of the institution of monastery and the oath of celibacy for Christian priests but they could not do justice to it and failed to carry out what they had themselves innovated in their deen in good faith.

ثُمَّ قَفَّيْنَا عَلَى آثَارِهِم بِرُسُلِنَا وَقَفَّيْنَا بِعِيسَى ابْنِ مَرْيَمَ وَآتَيْنَاهُ الْإِنجِيلَ وَجَعَلْنَا فِي قُلُوبِ الَّذِينَ اتَّبَعُوهُ رَأْفَةً وَرَحْمَةً وَرَهْبَانِيَّةً ابْتَدَعُوهَا مَا كَتَبْنَاهَا عَلَيْهِمْ إِلَّا ابْتِغَاء رِضْوَانِ اللَّهِ فَمَا رَعَوْهَا حَقَّ رِعَايَتِهَا فَآتَيْنَا الَّذِينَ آمَنُوا مِنْهُمْ أَجْرَهُمْ وَكَثِيرٌ مِّنْهُمْ فَاسِقُونَ
Translation: Then We sent following their footsteps Our messengers and followed [them] with Jesus, the son of Mary, and gave him the Gospel. And We placed in the hearts of those who followed him compassion and mercy and monasticism, which they innovated; We did not prescribe it for them except [that they did so] seeking the approval of Allah . But they did not observe it with due observance. So We gave the ones who believed among them their reward, but many of them are defiantly disobedient. [Surah Al-Hadeed 57:27].

Two things become clear in this verse. One that if someone wants to do additional worship and be more devotional than required, he will get its reward; but if after adding the innovation he fails to carry it out he will be considered as disobedient because he added to the original commandment and then failed to carry it out in fulfilment of his covenant with Allah.

3. How Bidaa starts?
Bidaa always starts with good intentions and positive thoughts but it’s cumulative effect on society in the long run causes confusion. After the passage of a few generations, Bidaa loses its original meaning and causes a collusion with the fundamentals of the faith itself. For instance the early inhabitants of Makkah who followed the deen of Abraham and Ishmael were monotheists. Many centuries later the wandering Arab pilgrims brought the statues of pious people from Syria and around the Arabian peninsula to the Kaaba. The placement of the statues of Laat, Manaat, Uza, and Hubul around Kaaba was meant in the beginning to remind people to do good deeds and follow the example of these good men and woman of faith. After a few more years, the message got lost in what became a meaningless tradition. The next generations of Arabs started revering these statues and took them as symbols of blessings and good luck. A few more generations down the line people raised the level of these statues to that of gods and started worshipping them. Thus a pure and clean monotheistic faith was transformed into polytheism and idol worship because of Bidaa. It took our beloved Prophet to repeat what our forefather Abraham did; to revive monotheism and remove all other false partners people had joined with God. That’s why making and keeping statues of heroes or celebrities and mounting these in prominent plazas in cities or adorning these as objects of art at home etc is not allowed in Islam. You may have all the good intentions in the world and be a hardcore monotheist but following a few generations your innovative practices will cause confusion and conflict with the basic tenets of faith. That’s what Bidaa does to society and faith in the long run.

4. Isn’t hypocrisy and non obedience to Allah greater evil than Bidaa?
Actually, the answer is No because hypocrisy and being sinful are individual acts and despite the damage they cause, these are still limited to the concerned individual. When such people die they take away with them their lifestyle and practices and their hisab is between them and God. Bidaa, on the other hand, goes beyond the concerned individuals even after they die. It affects the whole society in a major way. When a person who introduced Biaa dies, his Bidda does not die with him because it has been passed on to the society. If a person who innocently introduced a Bidda in deen was resurrected 500 or 1000 years after his death he would be absolutely gob smacked and literally shocked to find out what became of his innocent Bidaa at the hands of his great grand children. This explains how near the final hour Islam will be very different from its original spirit. We are already witnessing the signs of the end of time which are quite shocking to be honest. May Allah Taala save us all from the trap of Shaitaan and the big fitna of maloon anti-Christ, Dajjal. Ameen.

6. So shall we not organise any activity, or pray any salat or do any good deed in the modern world if it is not supported by Hadith?
Again, the answer is No. No one stops you from doing nawafil and additional good deeds or prayers or zikr but don’t advance it as a part of deen which the Ummah must follow collectively as a sign of being Muslim. As individuals, we must try to excel others in doing good deeds but let us not get too excited about forcing our community to do things which if they cannot do, they feel left out and embarrassed. And then to add insult to injury we reject their membership of our faith on grounds of being suspect or lacking in demonstration.

7. So why are we not warned against Bidaa?
We are constantly reminded by our religious leaders that Bidaa is not to be pursued in any form or action. In the Friday Sermons delivered in thousands of mosques worldwide, the Imam reads out, among other things, the following excerpt from Shahih Muslim (hadith 867) and Sunan Nisai (hadith 1579):

Thanks and Jazakallah for reading