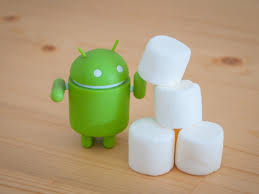 Today IT has permeated our everyday life so much that it is hard to imagine how living would be like without using WiFi, VPN or LAN. In fact, this evolving technology will further progress to a stage in the future where artificial thinking will most likely overtake the individual free will. The human race will find it most challenging to control robots, advance cars, planes, trains, drones and automated home appliances without acquiring some proficiency in operational software or re-boot commands.
The concepts of good deeds, reckoning after death, heaven or hell are becoming easier to comprehend in this age of IT. Let’s us say seventy years ago if one were asked to answer how a dead man will be raised again give me an example, it would be difficult to find an example outside a quote from the scripture. But today this question is so easy to address using IT. Take the earth as the hard disk, the dead body as a saved file, and any one genome pattern in the 33 nodes of a chromosome in that body as a password and bingo you can get the human body uploaded again.
Another thing people have found hard to comprehend even though they believe in it as part of their faith is the day of reckoning and entry into Paradise or Purgatory based on one’s record of deeds. And then there are ranks and categories of hell and heaven. Can you imagine how gigantic an organisational task it will be to manage billions of people on that day from different eras and levels of education when everyone will mind his own business and will not be prepared to give way to another. So forget queues or any polite behaviour. What will happen actually is an organised IT processing on that big day. Every person will have a programme written by him/her which will guide that person to the next stage just as we see in the ordinary working of a remote control.
IT helps us understand this concept very clearly with an everyday illustration. Take your digital TV viewing box. It has codes written inside it which can only be read with a smart card when you pay for viewing scrambled channels. The smart card contains nothing but a .rar or .m3u software which communicates with the firmware of the TV box and opens the blocked channels. If you happen to be a software writer, you can write the programme or crack it yourself. Good hardware helps but it is largely irrelevant as far as programming is concerned.
Each one of us born on this earth as a human being is busy daily writing his/her software which will determine how he/she will be raised with the bundle of Apps needed to open the closed barriers along the pathway to Paradise which we know from our religion class is Pul Sirat. If our IT programme is written correctly, it will open the toll plazas on the highways to heaven and take us inside the gates of Jannah. If the quality of our software is sophisticated, we will be able to open the doors of the higher category of Jannah and even higher depending upon the strength of our written software. The same will apply to the people destined for sijjeen depending upon the poor performance of their badly self-written software. That’s why the emphasis on good deeds after aqeeda and ibadaat is so great in Islam that if you want to join the inhabitants of Illiyun there is no escape from good deeds.
So let us reformat our lives, erase our outdated old programmes, install the Apps of piety and humility, reboot ourselves and write ourselves the software which should neither crash nor pick up bugs as it is developed. Let us also guard against the viruses and hackers who are out there to corrupt our work constantly. And don’t forget to erase any wrong or doubtful Apps before a system restart and get going.