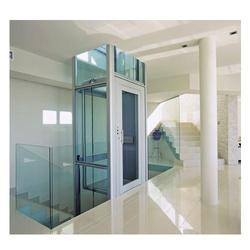 In a modern brass and glass multi-story shopping-mall, a group of Muslim tourists decided to perform the afternoon prayer in the lobby. A person who was sporting a beard and wearing the traditional turban was requested to lead the prayer. The congregation even found a small glass cubicle for the Imam to stand and lead the prayer. When the prayer started they noticed that the Imam disappeared from their eyes and after a few minutes appeared again. The men standing in the front row also noticed that even the prayer-mat of the Imam disappeared and appeared again.

When the prayer concluded, the people gathered around the Imam to get his blessings with a handshake because they thought he must be a very spiritual man who had the extraordinary power to disappear and appear in the prayer in front of their eyes. One of the men who had actually seen the Imam ascend toward the sky asked the Imam how had had achieved this level of spiritual excellence. The Imam replied: “I realised after I went up and down a couple of times that you had pushed me into an empty elevator to lead the prayer but I carried on anyway because there was nothing else I could do.”

This story is good for a laugh but if you dig deep it is an example of how most people take their faith today. They think whatever they are doing is the right way and the right thing and everyone else is wrong. When a mistake is made (and it is but human to err) it can always be corrected but to ignore it and assign it explanations of the extraordinary kind is not only naive but dangerous. Allah says in the holy Quran about a person who is given to his whims: “Then is one to whom the evil of his deed has been made attractive so he considers it good.” [35:8].

Shaitan is a sworn enemy of man [17:53]. Shaitan makes all peoples’ actions appealing to them. Shaitan made the evil deeds of the people of Aad and Thamud look fair to them and turned them away from the right path, even though they were intelligent. [29:38]. He also made the sun worshipping people of Queen Sheba before she accepted Islam pleasing to their eyes. [27:24]. Shaitan also tempts those who turn away from Islam after the guidance has appeared to them and fills them with false hopes [47:25].

It is therefore important to always do an internal audit one’s own faith and actions. Don’t get carried away by the new prophets of faith who short-change people with the promise of quick Paradise with such sayings as Monday is the new Friday or Orange is the New Pink. In Islam, Monday is Monday and Orange is Orange. It is that simple. Obey Allah and obey his prophet Muhammad, peace be upon him, and do good deeds. Good deeds include giving charity, helping humanity, looking after the poor and needy, earning an honest living, raising kids as educated and responsible citizens, observing limits, fulfilling obligations, and exploring God’s universe to discover your real abode which is not the earth but heaven.

May Allah guide us and always make us see the truth like the good Imam who knew he was stuck in a situation but he persevered and at the end of the prayer was honoured as a great man of God, albeit by the mistake of others.