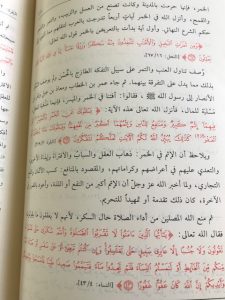 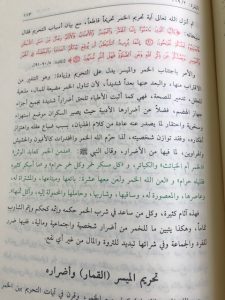 One of the signs of the End of Times, among the many minor and major signs identified in Ahadith is that the use of alcohol will become common in Muslim society and people will give various names to it and declare it permissible. 1

Although drinking alcohol has always been prevalent in Muslim communities from old times, especially the rich and aristocratic classes, it was often done in closed doors and those who indulged in it were a small minority. They also felt a sense of guilt and shame about it.2 But in the last few decades, Muslims who drink alcohol have become bold and take it as a sign of being enlightened and forward looking secular Muslims. Much damage has been done by the secular poetry writers of the last century under colonial rule when alcohol was freely available and wine was associated with love, song and dance. This secular tradition has heavily undermined the prohibition on alcohol in Islam.

These Muslims fall in various degrees of tolerance levels. Some limit their drinking to beer or wine and keep measure to justify that they are drinking moderately and are in command of their senses. Others go a step further and keep their drinking and prayers separate. Some even question where Allah has forbidden alcohol in the same way as He has forbidden pork and dead animals. This essay therefore addresses this major fallacy and tries to show how Quran specifically forbids alcohol for Muslims in all situations.

Drinking alcohol was part of the pagan Arab culture. The Arabs brewed alcohol from a number of products such as wheat, honey, barley, dates and olives. When Prophet Mohammad, peace and blessings of Allah be upon him, spread the message of Islam, his companions were used to taking alcohol at home and also socially. This continued for some years until the Prophet migrated to Madina where Allah made alcohol progressively Haram for Muslims in four stages.

In Surah Al-Nahl, Chapter 16, the Quran mentions intoxicants as man-made products from natural fruits which Allah has given man for sustenance.

In this verse Allah makes a distinction between fresh natural fruits such as dates and grapes and compares them with man-made products and intoxicants as food and drink. Since there was no prohibition on alcohol in this verse, the companions of the Prophet continued its use in Makkah.

After this verse was revealed people said there is benefit in alcohol but not too much and it is not forbidden; therefore, the companions of the Prophet continued its use. There is no doubt that alcohol causes harm through disorientation of thought and leads to doubt and immoral acts. It causes harm to the user through ill health and accident and to others through violence and crime. It is also highly addictive. Those who get used to drinking alcohol habitually become alcoholics and ruin their health and households. The same is true of gambling even though there are benefits if they win, although not always. In short, there is more harm in these two things than there is good from them for man. Even in non-Muslim societies drinking alcohol is not without its warnings and stigma.

When a Mohajir companion of the Prophet mixed up the verses of the holy Quran in a Maghreb prayer in Madina, while he was under the influence of alcohol, Allah revealed the following verse in Surah Al-Nisa, Chapter 4:

This verse was stronger than the previous two verses about alcohol. The companions of the Prophet started to exercise caution and abstained from drinking when they prepared for the prayers. It meant that for the five times prayers they had to stay away from drinking for a good measure of the day. This was to prepare them for the final prohibition on alcohol, which was to come soon.

Saad bin Abi Waqas who was very fond of alcohol before the prohibition, narrates that once the mohajir Quraish went to a meal hosted by a tribe of the Ansaar, the original inhabitants of Madina. There everyone had too much to drink. The Quraish and Ansaar started boasting about themselves, each tribe highlighting its bravery and describing the other tribe as coward. They picked up a fight among themselves which resulted in bruises on their faces and minor injuries. When they became sober they started blaming each other for the injuries and became enemies from friends. Soon thereafter Allah fully prohibited the consumption of alcohol and gambling for the believers in the following verses in Surah Al-Maidah, Chapter 5.

It is unfortunate that despite the historical evidence about the prohibition and the complying attitude of the companions of the Prophet after the final prohibition, many modern Muslims still do not regard this verse as evidence of the final prohibition and keep referring to the verses of the earlier stages as justification for ‘moderate’ drinking. In failing to reach the correct interpretation, they disregard three important things: that, being an addiction of the Arabs, alcohol could only be proscribed progressively akin to the withdrawal procedure in an alcoholics’ rehabilitation centre. Secondly, in the final prohibition, the act of drinking is described by Allah as the vile work of Shaitan whose animosity to human beings is left in no doubt. Finally, as if to cap it all at the end of the verse 5:91, Allah questions Muslims about alcohol and asks: “Will you not desist?” After such clarity, can any Muslim stand up to Allah and say,:”I will not desist”. Astagferullah.

All products whether liquid, gas or solids which result in intoxication or disorientation of mind are covered by the word “khamr” in the Quran. These include stimulants e.g. cocaine, depressants e.g. alcohol, opium-based substances e.g. heroin and morphine, hallucinogens e.g. LSD and party drugs e.g. ecstasy. Even though some of these products are used in the pharmacological industry for medical reasons, the overall impact of these products is harmful for humans. In fact, by not totally banning “khamr” as in the case of pork, Allah has done a great favour to Muslims. Had this been the case otherwise, no believing Muslim would have accepted surgery under anaesthesia nor taken drugs where substances similar to the chemical formula of alcohol are used in the preparation of life saving medicines.

Following the full prohibition, the companions and followers of prophet Muhammad, peace be upon him, threw away their stocks of alcohol in the Baqee ground and ripped open their leather vessels. Thereafter, there was no turning back on alcohol. According to a Hadith of Prophet Mohammad, peace be upon him, narrated by ibn Umar, “khamr” is the mother of all evils and all intoxicating things and all forms of alcohol are forbidden. Whether it is taken in little quantity or taken in large volumes, “khamr” is forbidden. Allah sends His curse on ten associates of alcohol: those who engage in making, brewing, storing, buying, selling, benefiting from its sale, pouring, transporting and all matters related to it. The one who drinks alcohol and the one who offers it to others is included in the curse, because alcohol distorts individual thinking and destroys friendships, families and society collectively.

2 thoughts on “Prohibition of Alcohol in Islam”