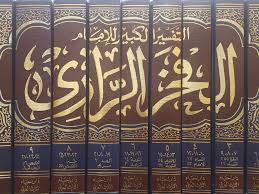 وَيَرْزُقْهُ مِنْ حَيْثُ لَا يَحْتَسِبُ وَمَن يَتَوَكَّلْ عَلَى اللَّهِ فَهُوَ حَسْبُهُ إِنَّ اللَّهَ بَالِغُ أَمْرِهِ قَدْ جَعَلَ اللَّهُ لِكُلِّ شَيْءٍ قَدْرًا
Translation: “(Allah) provides him (with what he needs) from where he does not even imagine. And whoever places his trust in Allah, He is sufficient for him. Surely Allah always attains His purpose and indeed Allah has set a measure for everything”. [65-3]

The three parables are as follows:

Second Parable. Zinnoon narrated that he was in his house when he decided to go out and see how God’s plans worked. So he went to the bank of the river which was close to his place. There he saw a scorpion and decided to follow it. The scorpion turned toward the river. Soon, Zinnoon saw a tortoise coming toward the scorpion. As soon as the tortoise reached the bank of the river, the scorpion jumped and sat on top of the tortoise. The tortoise began to cross the river. Zinnoon caught a boat and also crossed the river. When the tortoise reached the other side of the river, the scorpion came down and started to move inside the valley. Zinnoon followed the scorpion. After walking a short distance, Zinnoon saw a youth sleeping under a tree right in the path of the scorpion. Then he saw a snake who was taking aim at the youth. Before Zinnoon could do anything, he saw the scorpion attacked the snake and killed it. Zinnoon asked forgiveness of Allah for his desire to see how God’s plans worked, for he had seen how God sent a scorpion all the way form the other side of the river to save the life of a young man from a poisonous snake-bite. SubhanAllah.

Some later narrators of this parable such as Dr Taqi Usmani have added that due to the commotion caused by the fight between the snake and the scorpion the youth woke up and got scared at seeing a live scorpion so close to him. He picked up a stone and wanted to crush the scorpion. At this point Zinnoon shouted and told the man to stop. He said the scorpion was his well-wisher and had actually saved his life by killing a poisonous snake instead of causing him any harm. Dr Usmani draws the moral of the story that sometimes what man thinks is bad for him is actually good for him, and vice-versa. Allah says in Surah Al-Isra [17:11] “man (often) asks for things that are bad as if he were praying for something that is good, for man is prone to be hasty (in his judgment).”

Third Parable: Imam Razi narrated that the hatchlings of a crow when they come out of their shells are red and without any feathers, like a piece of fresh meat. But the parent crows who love meat never touch them with ill intention. In fact, the parent crows’ love, generosity and care are so overpowering that they fly far away to find a protein-rich diet for their chicks and they continue to feed them until they are strong, grow feathers on their flesh and are able to fly to find their own food. Who puts off their natural killer instinct in their heart and replaces it with warmth and love for their babies? It is Allah who does that because he provides for food for his creation in ways you cannot imagine. SubhanAllah.

It can be added here that the manner in which a mother cuckoo bird whose diet is mostly protein-lacking fruits, lays her eggs in the nest of other birds so that her chicks get protein-rich diet by their foster parents is even more surprising considering that this is an instinct of the bird which no one has taught her except Allah. SubhanAllah.

Imam Razi says, Allah’s mercy is vast. It encompasses everything from living beings to inanimate objects and everything He has created in the universe. He provides those who obey Him, and also to those who do not acknowledge Him, for He is both Rahman, the most merciful, and Raheem, the most beneficent.